Spent the day at the airport on Sunday as usual, we had 14 leave and 14 arrive. 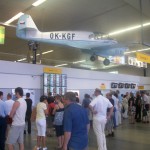 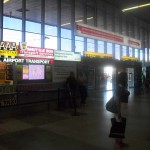 Of course as the day wore on the flights got later and later. The easyjet from Amsterdam had not even taken off at the time it was supposed to arrive, still at least it is only a 75 minute flight. Mark Baldwin arrived on good time as did Julio Bocca and Tamara Rojo. All three were on very good form and seemed very happy to be here with us again, we love having them and really appreciate their support in this non-profit course we struggle to put on every year. They give up their time for very just expenses really and I think that is what makes this course so different to any other, the desire of the teachers to help the next generation. Julio Bocca is in the middle of setting up the restoration of the Uraguayan National Company (which is actually 75 years old this year), they have 55 dancers from around the world now and he hopes to put on both Giselle and Swan Lake this year. Of course this takes an enormous effort and endless rounds of Government meetings and sponsor meetings etc etc, we are really honoured he has taken the time out to be with us.

08.30 Monday I picked up the new dancers from the hostel and gave them the low down on how to get in to the changing rooms etc, and of course how our classes work. It always looks very complicated to the uninitiated but is in fact very simple.

Class today is given by Christopher Hampson in studio 1 (Julio Bocca is taking that one as well), Vaclav Janecek in studio 2 (Tamara Rojo, Daria Klimentova and Vadim Muntagirov are taking that one) and Barbora Kohoutkova in studio 3 (Barbora was prima ballerina with Hamburg and Internaional Guest Artiste). Solos today will be taken by Julio Bocca for boys

and Daria Klimentova for girls 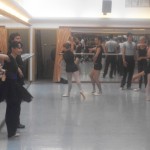 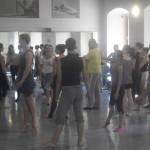 So tonight sees me interview Christopher Hampson whilst Daria Klimentova and Vadim Muntagirov dash over to London to film Balck Swan for Sky TV. I go home on my own tonight. So early bed, if possible, I think. The phone will be on though. Another hot day today even with the stormy atmosphere around.