Good morning all. 22c at present with highs of 34c expected.
Very funny talk with Liudmila last night. She is a funny lady. Telling us about being thrown out of the Bolshoi school for having no talent and then being pushed personally by Maya Plisetskaya to join competitions and travel abroad. Which she won and was offered contracts every where. During the talk the heavens opened and the dancers had to dash around the studio closing all the windows to stop the wind and rain coming in sideways. Then as soon as it had started it stopped. After some film of her dancing Don Q, Corsaire and the Rose Adage they asked questions until it was time for dinner.
Last night was our teacher dinner, early this week because Christopher Bruce, Steven Brett and Matz Skoog will be leaving us after today. Joining us were Keith Mackintosh from Capac Ballet, Cape Town and Martin Rypan, the administrator of the ballet company here and a wonderful supporter of what we do here. So with Julio, Christopher, Liudmila plus 1, Vadim, Daria, Jiri, Matz, Amanda, Glenn, Steven plus two, Keith, Martin and myself a great night was had. Jonathan was tied up with a work project he had to finish by tomorrow sadly. When I first starting coming to this restaurant it was 58 kronos to the pound, and now it is 28, but it is still very reasonable and still very friendly with great food and local wines. I shall also be meeting Martin Rypan there next week to hash out the dates for next summer, but it is looking like 29th July to 10th August 2019 at the moment.

Going through some videos with Julio last night we came across on youtube a clip of him dancing Macmillan’s balcony pas de deux with Makarova for ABT in 1988. He said “oh my god that how did that get there and it was 2o years ago”. I sadly had to point out that it was 30 years ago. He had a lovely moment of shock on his face and said “my god, you’re right” That then got us talking about Natasha and our funny experiences with working with her, one of his being told that he had to work on his kissing. 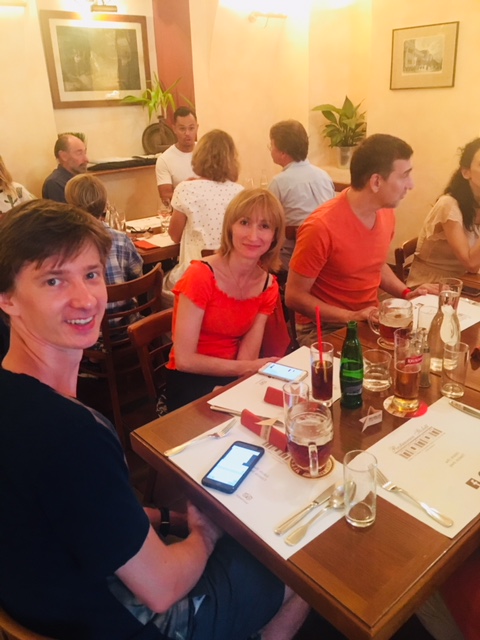 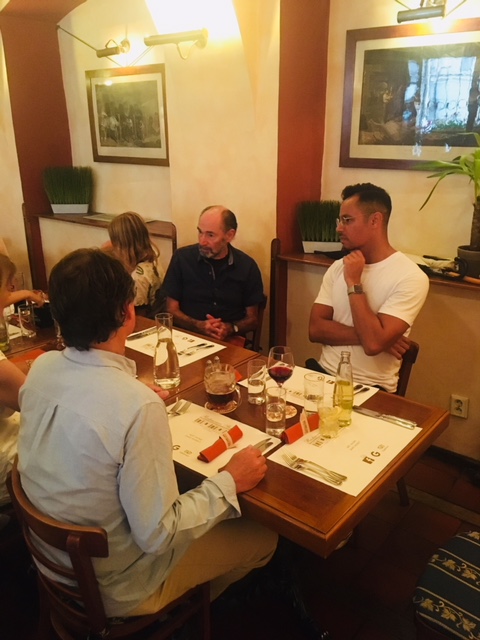 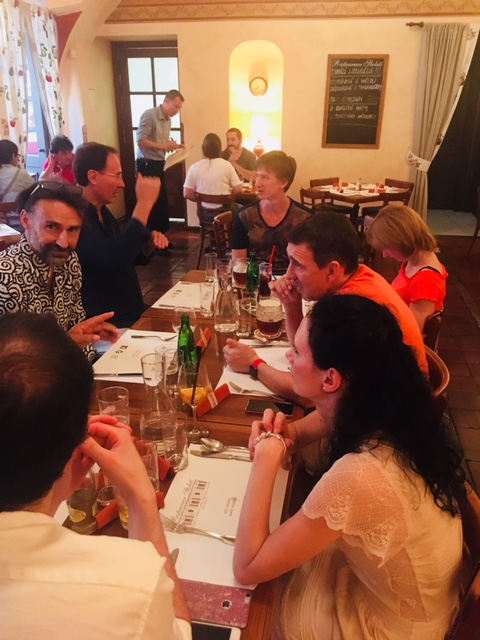 Bizarre moment from the dinner when all the teachers were trying to do a group drop of the photos there were taking.