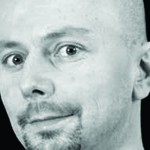 In 1982 he completed his studies of classical ballet at the Dance Conservatoire in Prague, ten years later finished studying method of classical ballet technique at Prague’s Academy of Performing Arts (Master´s degree), and in 1996 achieved a doctor´s degree (Ph.D.) at the Charles University in Prague. He had several residencies abroad; for example, in Italy, England, Holland, USA etc.

In addition to his wide-ranging activity as a guest teacher-assistant both in the Czech Republic and abroad (e.g. IT Dansa – Institut dell Teatro in Barcelona, Mariinsky Theater in St.Peterburg, Royal Danish Ballet in Copenhagen, Ballet-Akademie Stockholm etc.).
Also, he is the author of several specialist publications, for example: Methodology of Classical Ballet for Art Schools, Body and Dance, Echoes of Dance, Laterna magika-Theatre of Miracles.

As an assistant choreographer, dramatic adviser and co-author, he has participated in a number of dance and ballet projects, TV documentaries and theatre productions (Graffiti, Legend of Argonauts, Balletmania etc).