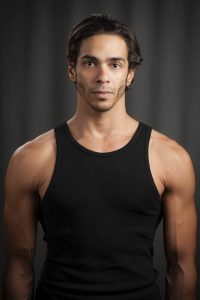 Jason Reilly was born in Toronto, Canada, where he studied at the National Ballet School. After his graduation in 1997 he joined the Stuttgart Ballet. In 2003/04 he was appointed Principal Dancer. In September 2015, he was awarded the national title of “Kammertänzer” by the Ministry of Culture, the highest status a dancer can achieve in Germany.

As one of the Stuttgart Ballet’s most versatile Principal Dancers, Jason Reilly has danced a wide range of major roles in full-length ballets by renowned choreographers. His repertoire includes the leading roles in ballets by John Cranko such as Prince Siegfried in Swan Lake, Petrucchio in The Taming of the Shrew and the title roles in Romeo and Juliet and Onegin as well as Prince Desiré and Carabosse in Sleeping Beauty (Marcia Haydée), Basilio in Don Quijote (Maximiliano Guerra), Albrecht in Giselle (after Coralli, Perrot, Petipa), Colas in La Fille mal gardée (Frederick Ashton), Armand Duval in The Lady of the Camellias, the title role in Othello and Stanley Kowalski in A Streetcar Named Desire (all John Neumeier). In addition, Jason Reilly has performed leading roles in ballets by George Balanchine, Maurice Béjart, Jerome Robbins, Hans van Manen, Glen Tetley, William Forsythe, Itzik Galili, Jorma Elo a.o.

Jason Reilly is a regular guest at international galas and with prestigious ballet companies.