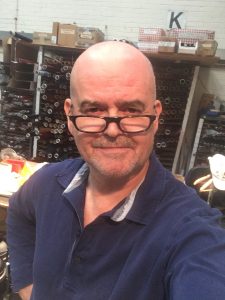 Ian has been involved in dance since 1976. Working with companies such as English National Ballet, Birmingham Royal Ballet, Rambert Dance Company, Atlanta Ballet, New York City Ballet, ABT and White OAK Dance Project. Along with Christopher Hampson, he wrote, produced, designed and directed the highly successful A Christmas Carol at the Royal Festival Hall on London’s South Bank in 2000/2001, and then again at the St Davids Hall in Cardiff the following year.

In the late seventies to mid eighties he was technical director of the beautiful Wimbledon Theatre in London.

He has also for the past 35 years, along with his partners, had a scenery company, based in central London, supplying scenery and props to the film, theatre and trade industry, Dovetail Specialist Scenery. We don’t advertise so if you want to use us you have to know one of us.

In his career Ian has been a Producer, Promoter, Director, Technician, Box Office Manager and General Administrator, Company Manager, Stage Manager, Chief Electrician, as well as shop owner and Bingo Caller in his youth.

He has been organising these Masterclass Sessions for Daria Klimentová since 2003, and he lives between London and Prague and has one daughter. 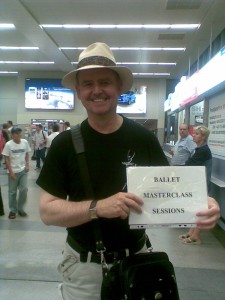