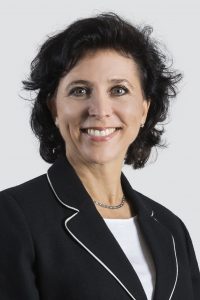 Ms Onne’s career in ballet spans over more than four decades. In 1978, she graduated from the Royal Swedish Ballet School and was engaged as a dancer by the Royal Swedish Ballet. As one of Sweden’s leading ballerinas, Madeleine became renowned for her engaging style and dramatic talent. As Principal Dancer of the Royal Swedish Ballet from 1984 to 2002, she danced major roles in almost all classical repertoire as e.g. MacMillan’s Romeo and Juliet and Manon, Cranko’s The Taming of the Shrew and Onegin, Neumeier’s A Midsummer Night’s Dream and Peer Gynt and in contemporary ballets by Balanchine, Cullberg, Goh, Kylián, Robbins, Tudor and Béjart.

International performances took her to Canada, China, Cuba, Denmark, Germany, Israel, Japan, Norway, Soviet Union, Spain and U.S.A. During the season1985–86 Ms Onne worked as a soloist at the Dallas Ballet in the US.

In 1996 Ms Onne founded the dance company Stockholm 59° North – Soloists of the Royal Swedish Ballet – which she managed until 2002. Between 2017–18, Ms Onne served as the Director of the Houston Ballet Academy.

Madeleine Onne has been decorated many times receiving, for example, the Swedish royal medal Litteris et Artibus and the title Dancer of the Royal Swedish Court. In 2009, she was awarded The Royal Swedish Opera’s Gold Medal of Honour in recognition of her work as a principal dancer and artistic director at the Royal Swedish Ballet.

Ms Onne has served as a juror for several international ballet competitions, such as Benois de la Dance in Moscow, YAGP in Tokyo New York, Paris, Barcelona, San Francisco and Toronto, Prix de Lausanne 2011 and 2019, the Helsinki International Ballet Competition 2012 as well as competitions in Korea, China, Hong Kong and Sweden. She has given master classes in many places, including the Beijing Dance Academy, YAGP and Jacob’s Pillow.